The Making of OUR Warrior (Revised Edition) 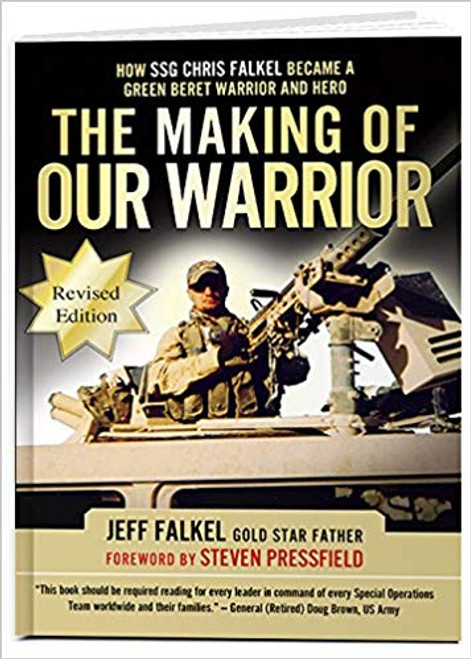 The Making of OUR Warrior (Revised Edition)

On 8 August 2005, while supporting Operation ENDURING FREEDOM, the men of SpecialForces Operational Detachment â€“ Alpha 316 (SFODA-316) became involved in a 54 hourcombat engagement with the Taliban in Mari Ghar, Afghanistan. During the first 5 of 7battles with the enemy those days, the planning, professionalism and bravery of Staff SergeantChris Falkel helped save the lives of everyone else on his team as well as the sixteenAfghan National Army Soldiers fighting with them. For his actions that day, SSG Falkel wasposthumously awarded the Silver Star. Chris was only 22 years old.

How does someone grow up to be a hero? What does it take? From where did this young warriorget the intestinal fortitude to confront the most terrifying of situations and to selflesslygive himself for his friends? This is a sobering look at the life of one of our nation's warriorsas told by his family, friends and teammates. The revised edition features new photos and a new epilogue.

Active Lives: Making a Healthy Lifestyle a Priority for Ourselves and Our Patients

The Big Book of Virtual Games

Testing and Evaluating Strength in Non-Athletes